After half an hour on the glass-bottom boat, we stopped at Coc beach, a small beach with white sand and pebbles on a tiny island. There are 2 explanations for its name. One comes from the name of the sour mango-like fruit that grow abundantly on this island. The other explanation comes from the “pok pok” sound when the residents banged on the coconut to alarm by-passers not to dock the island during dangerous times. 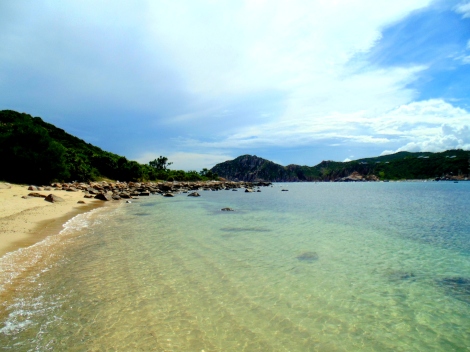 “The people here seem to give really simple, even ugly names to locations around here, right?” – I asked. What kind of name on earth was “Crazy Woman beach” or “Pok Pok beach”, seriously?

I agreed. Central Vietnam was not the best place to live. Nothing could grow there. Heavy floods from September to February and extremely hot, dry foehn winds combined with 40-degree temperature from March to August. In that condition, lives were not easy, and the people there were, well, special. Hard-working, tough, and honest, but holding a rather different mindset.

At this time of the year, when not many tourists came to this area, Coc beach was absolutely clean. As we settled down in the island’s sole restaurant, which was in fact just a hut covered with coconut leaves, the sun finally came out brightly and the ocean gleamed like diamonds. Water was crystal clear, although a little bit chilly after the rain. Huy couldn’t hide his disappointment when none of us got into the water. We all forgot our bathing suits at the motel. So instead, we quickly sat down, attacked the two packages of salty boiled peanuts with passion (Central Vietnamese cuisine is characterized by salt and powdered chili) and ordered something for lunch.

The buckets at the restaurant held several different types of oysters, crabs, and fish, which were brought from the nearby fish farm. By “nearby”, I meant “literally 100 meters away”. A boy, probably still in his teenage, would swim from the beach to the floating house to catch more fish if the buckets ran low. At the end of the day, they would drop the remaining seafood back in the farm, waiting for the next group of tourists to come over.

We chose 3 crabs for each of us, as Huy insisted he couldn’t consume any seafood due to his gout. We would like some vegetable dish to go with our indispensable bowl of rice, but in this tiny island, that request seemed to be a bit far-reached. Huy suggested a brilliant and strange idea to substitute vegetable with a sweet and sour oyster soup cooked with herbs, pineapple, and tomatoes. An unconventional substitution turned out to be a splendid dish.

“My dad is getting treatment at 115 Hospital in Sai Gon at the moment for his liver cancer.” – Huy continued to open up during lunch. – “Those pills he took for his gout are killing him. And now chemo is killing what’s left of a once-healthy, once-strong man. He went from 90 kilograms to 60 in just a few months.”

Huy seemed really bitter. He was a big man with gout himself, and perhaps he saw his future in his dying father. It was disheartening how kids always saw themselves in their parents and almost always strived to become someone different, only to realize years later that they simply had different issues and problems.

After the quick lunch, my mom and aunt lay down in hammocks for a nap. The sun shone more brightly than ever. I took my camera and walked along the short beach, trying to capture the blue of the sky, the blue of the ocean, the green of nearby mountains, the soul of the floating house. No sunbathing chairs, no coconut trees, no changing room or bathroom, if it had not been for the hut and us few tourists, the whole beach would just be like an abandoned one. I guess Maya Bay was the same until Leonardo di Capiro arrived with his movie crew. 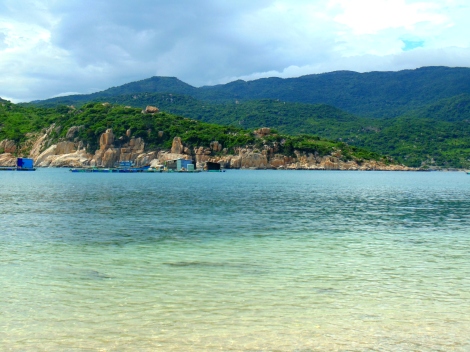 2:30 in the afternoon, we got on the boat getting back to the shore, the last one to stay there. Next stop: Nam Cuong sand hill.

One response to “get your visa and go… to Ninh Thuan, Vietnam” 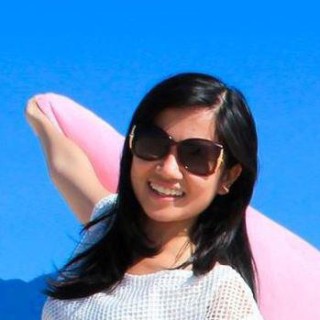